Vulcan Materials Company and its wholly-owned subsidiary shipping company, “Vulica,” held a ceremony at the Blakeley Yard, Port of Mobile, Alabama to name the newest ship in Vulica’s fleet. The M/V Ireland will transport crushed limestone for use in a wide variety of infrastructure construction applications to ports all along the U.S. Gulf Coast from Brownsville, Texas and around the Atlantic coast to Jacksonville, Florida.

The M/V Ireland is named for the founding family of Vulcan Materials Company, who took their private company public in 1957 to serve President Dwight D. Eisenhower’s new interstate highway system. Members of the Ireland family spanning four generations attended the event, and the ship was named and sponsored by Mrs. Mallie Ireland, widow of founding director Glenn Ireland II, and their daughters, Mallie and Noni. 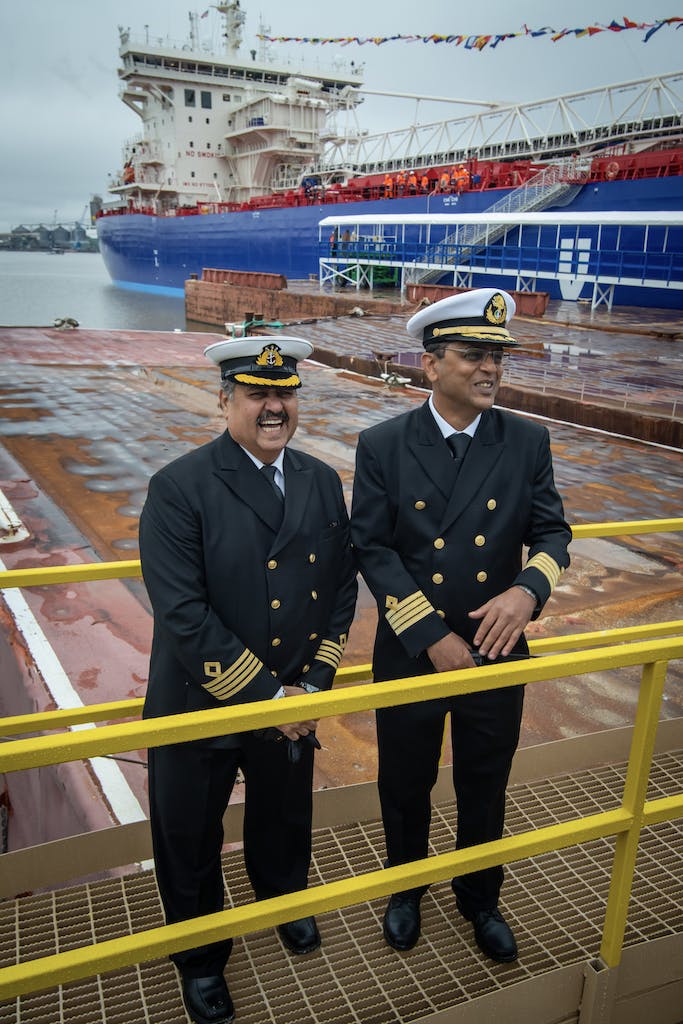 The Finnish design house, Deltamarin, was selected for design work, given in particular the energy-efficient hull design employed by the firm. Due to impending emission control regulations scheduled to be in place in 2020, Vulica selected Belco Wet Scrubbers for the main and auxiliary engines, ensuring that the ship would meet future emissions requirements. The Maritime Reporter and Engineering News selected the Ireland as one of its “Great Ships of 2017”. The Ireland achieved such recognition for a variety of reasons, including:

The Ireland is the most energy efficient self-unloading ship in the world operating in the construction materials supply market.

The Vulcan Calica, Mexico facility was awarded the the Species of Concern Project Award by the Wildlife Habitat Council (WHC). The plant nursery at Calica was created 26 years ago with assistance from the local community. Their goal was to collect and protect native plant species...